Why Does Google Dislike Affiliate Websites?

The Standards Required By Google Are Clear

I’ve said it before and I’ll say it again, because people are still asking, “Why does Google dislike affiliate websites?”
You must have unique and quality content.
You must create user-friendly material that enhances the overall experience for every “Googler.”
This is the most important determination of whether you have success as an affiliate marketer, article marketer, PPC marketer, network marketer – any kind of marketer.
Yet so many affiliate marketers have chosen short term “shady” marketing methods which end up outright failing the whole system.

Google Places A No Solicitation Sign On Their Doors

Any business owner would do the same, but let’s consider it from Google’s perspective.
Google doesn’t want affiliate websites which are not unique. Too many websites are using the same designs, tools and strategies in the exact same places.
Google doesn’t want to become overpopulated with the same duplicated affiliate websites, advertisements and affiliate offers containing the same link.
Therefore, Google has had to develop a way to not only recognize these duplicated affiliate items but also a way to block them from appearing in search results and their ads.
Google doesn’t necessarily dislike affiliate websites, however, people who use Google to search have a tendency to dislike affiliate websites.
What they dislike is how many of these affiliate websites encourage bad practices.
For this reason, Google has no problem with giving any advertiser the “Slap” when it seems they are practicing these tactics.
So it may be unfair to point the finger at Google. They want happy customers. If their customers have a tendency to dislike affiliate websites, then they’re not going to click on your ads, or worse, they’ll complain.
CTR (click through rate) could be considered a determination of whether Google “likes” you or not.
It’s the people who start to recognize the same tactics being used, and choose not to click your ad, who will not visit your affiliate website.
As your CTR and bounce rate starts to drop, Google realizes that your ad and website are not at all relevant to that group of searchers.

If You’re An Affiliate (Or Hope To Be), Here Is A Way For Google To Like You?

In order for a website to appear as a good quality site using good practices, Google is looking for a lot more pages than just an About Us, Contact Us and Privacy Policy page.
The pages to include are as follows:

Most affiliate websites do not have these pages and are therefore looked upon as a website that could potentially cause a bad end-user experience.
Also consider the following “brand presence” elements:

The Key Is To Consistently Maintain A Reputable Website

Don’t neglect the fact that the product you choose to promote will have an impact and reflect upon your reputation.
If you associate yourself and your website with trash then Google doesn’t want to be associated with your website.
Also, make sure you know the product you’re promoting. Respect the customer by offering a webpage with valuable content and not a page full of keywords and affiliate links.
Your website must have more of a purpose than to redirect shoppers to another site to purchase. This is called a “thin” affiliate site.
Provide a service or offer informative content to help your visitors make an informed decision on the product they are considering purchasing.
Google doesn’t dislike affiliate marketing. What they dislike are obvious manipulations used to mimic popularity.

Envision what all that time and effort to build a real business would feel like if it were poured into something authentic.
Can you see what’s been lost by spending time trying to make trash not look like trash…in order to sell the trash?
The YaghiLabs Internet Business Academy shows you how to SIMPLIFY and AUTOMATE any business project on the web.
Sign up here if you want to overcome your obstacles quickly, and tune into the most direct and straight-forward path to online profit – things no one has told you.
Learn more about how to do this at:
http://jimyaghi.com/ylacademy 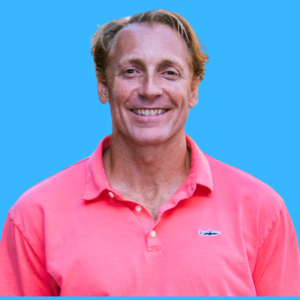 I’m fascinated with Steve Wozniak. The guy is brilliant. In a TEDx talk, he tells a story that when he was a kid, he dreamed

Tips to generate effective keywords that make your ads appear for your ideal customer.

Experiment 3 – Split-Testing Ads to Increase Conversion
Over the weekend, I began testing a second ad variation. The reason was that of the two running ads: Ad #1 had a click-thru-rate of 15% and Ad #2 had a click-thru-rate of 3.5%.
Additionally, Ad #1 (higher CTR) was converting at 7%, while Ad #2 (lower CTR) was converting at 17%.
I killed Ad #2. Then created a new version of it with the same body because it was most likely responsible for the high conversion rate–and replaced its headline with the headline of Ad #1 because that is the most likely cause of the Ad #1's high click-thru-rate.

Can your business profit even after you’re dead? In this article, we learn from Music legend Tupac Shakur how to create ANY business that profits without us being involved.

How to Make $3.5 Million When Your Campaign is Bleeding – Part 15 – The “Yaghi Way” of Traffic Generation

heya, Students complain to me always they’re unable to get clicks at a low enough cost and conversions at a high enough rate to recover

You don’t need to buy an expensive copywriting course to learn what I’m about to teach.