[youtube=http://www.youtube.com/v/htX2usfqMEs]
September 18, 2011 –A recording of U.S. Senate candidate, Elizabeth Warren discussing fair taxation went viral in four days when it was posted by a member of a small live audience to YouTube.
The video received more than 112,000 views, 1,355 shares, and 915 comments.
What makes some amateur video spread so fast? Are there elements in common between videos like, “Elizabeth Warren On Debt Crisis, Fair Taxation” , “Charlie Bit My Finger“, “Bed Intruder“, and “Jim Carrey’s Love Letter to Emma Stone“ ?
Could you use the same elements in your own videos and experiment with Viral Video – so you can gather money-getting audiences, or even become FAMOUS on YouTube?

The Two Elements of Viral Video

At YaghiLabs we’ve studied hundreds of videos and even reported on some of them right here.
We found important components of “share-worthiness”…amongst them, speed, simplicity, duration. But in video, there was a distinct pattern.
Two elements were present in EVERY viral video we checked:

Taking two seemingly unrelated topics and combining them in a unique way creates an experience of surprise.  When the right combination of Contrast and Surprise are used, it captures the viewer’s attention and causes them to want to share the same surprise with others.
This concept is explained in detail in an earlier article. Learn the exact steps to create viral video using Surprising Contrast here.
Elizabeth Warren’s video contains Surprising Contrast at least two times as the video showcases two points from her live speech:

i. “We got into this hole in the first place.”
A $4 trillion debt is ENORMOUS. Elizabeth Warren contrasts this with having ZERO debt.
Warren demonstrates magnitude first. She lists only 3 or 4 items that caused the US debt; phrases like “put it on a credit card,” are used to make the point more graphic.
She then contrasts magnitude with minitude, by giving a single suggestion that wipes the debt entirely in our minds.
Viral video requires both contrast AND surprise to become share-worthy. Without surprise, contrast is ineffective.
Her solution is a surprise:

“Part of the way you fix this problem is, like, don’t do those things!”

Is it a theoretical solution?
Absolutely. But it IS a very simple solution that most people haven’t thought of. It is a revelation to the common voter, which causes the content to be worthy of sharing.

ii. “Some call this class warfare”
In a second point captured in the video, Elizabeth Warren uses surprising contrast once more and hits a home run.
She brings up the great WEALTH EARNED by factory owners. Then immediately contrasts it with how much of it relies on TAXES PAID by the common voter.
Surprise is integrated into her comparison, here too.
Many think of their taxes as helping the less privileged. But rather than use that frame, Warren illustrates that our taxes paid for the roads they transport goods on, the educated employees they do business with, and the security they enjoy.

“There is nobody in this country that got rich on his own.  Nobody.  You built a factory over there?  Good for you.  But I want to be clear.  You moved your goods on the roads that the rest of us paid for.  You hired workers the rest of us paid to educate.  You were safe in your factory because of police forces and fire forces that the rest of us paid for.  You didn’t have to worry that marauding bands would come and seize everything at your factory and hire someone to protect against this because of the work the rest of us did.  Now look, you built a factory and it turned into something terrific or a great idea?  God bless!  Keep a big hunk of it. But part of the underlying social contract is that you take a hunk of that and pay forward for the next kid who comes along.”

To the viewer, this constitutes a surprise. It empowers us to believe our taxes DESERVE a contribution from the wealthy too.
Surprising Contrast is what makes any video worthy of sharing. The audience want to share their reaction with others they believe will react the same. Whether it’s a funny video, or a more serious but still surprising video, all viral videos have Surprising Contrast.

Once the content of a video is worthy of sharing, there is the matter of how it is spread. A video may be share-worthy, but without the right deployment strategy, it may never gain momentum to reach a mass audience.
In an earlier article, we showed the exact steps you can take to make a video go viral using contained-sharing.
Containment can best be summarised as the “boiling kettle” effect. By strategically limiting  the number of people who might be initially interested in a video, we build momentum to a “boiling point” before we allow it to reach progressively wider audiences.
Often we control this through the actor(s) in the video who only a small audience are interested in. This way, the video is shared rapidly in a tight close circle of evangelical “supporters”. Once they have seen the video several times, they begin to share it with an expanded audience of interest. Wider audiences are typically care less about the actor and care more about the topic.
Elizabeth Warren’s video was naturally contained (she was speaking to a “live audience” of 30 in a community of hard supporters).  No one else had access to her speech at the time.
When one of her attendees captured a small excerpt of the footage and posted it to YouTube, the group became expanded into an EXPANDED-CONTAINMENT group.
Supporters of her campaign around the country and followers of the YouTube channel began sharing the video amongst one another. This was a precursor to a wider audience who cared about the DEBT CRISIS topic inside and outside the United States.
Finally, massive viral exposure came days later when the video had so much momentum that online news groups, media, and various personal blogs paid attention and reported the footage to their followers.
As a result, Elizabeth Warren and her views gained popularity with audiences who may have otherwise never known of her.
In only 4 days, the video went from 0 to over 112,000 hits in just ONE medium. It was shared over 1,875 times which is even more incredible.

Surprising Contrast provides entertainment and a desire to share.
Whereas, Containment helps build powerful momentum in progressively larger groups until a video is spread to the masses.
Keep these two elements in mind when experimenting with your own Viral Videos.

Chapter 7 (Advertising, Traffic, and Promotion) of the YaghiLabs Internet Business Academy gets into many details about how to make ANY content viral so you can profit, and gain readers at your website without advertising. 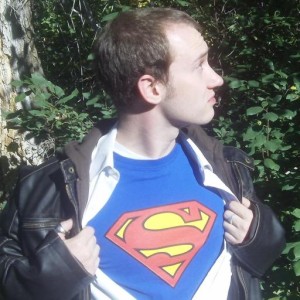 The most taught, most WRONG sales method almost everyone uses online

It’s idiotic… … yet it’s the most taught sales technique online. This idea…that if you give away a lot of valuable stuff free, you make

Why Do You Reject Me, Oh So Daily, Oh Baby?

well this is it… The final countdown to our Audience Building training begins. And there’s only FOUR hours to get in free. Everyone who’s enrolled

You Suck, You're Fired!

Contrary to popular belief, copywriting and traffic are NOT the most important business-building skills online. One skill supersedes both – and if you don’t have it, you should be FIRED!

If you’ve done some PPC before… And you got your training from one of my predecessors, chances are you don’t really understand Keyword Research. In

no, we CAN'T be friends

You know what I’m HORRIBLE at?