Have you ever noticed the crazed mindset of the iPhone faithful?


Most of the super elite, die-hard fans of the iPhone completely refuse to listen to facts and logic when it comes to phone technology. They overlook that the EVO is actually a 4G device, while the iPhone 4 is still only a 3G device. They will not recognize that the EVO has superior tethering capabilities, that it is much easier to load media files to, that it uses a much more flexible operating system, and that the EVO also supports high quality video chat.
Sometimes people become so entranced by something that they will deny obvious facts on certain issues, and they will defend their own misguided decisions seemingly to their own death.

The theory of cognitive dissonance proposes that people have aÂ motivational drive to reduce dissonance. They do this by changing their attitudes, beliefs, and actions.Â Dissonance is also reduced by justifying, blaming, and denying. It is one of the most influential and extensively studied theories inÂ social psychology.

Now, we cannot be certain, but let’s just assume for a moment that those who remain loyal to the iPhone 4 ARE NOT incompetent. Which would lead us to assume that blatant facts and comparisons are simply ignored when they are presented with information comparing the iPhone to other similar devices.
Why?

Because they have two conflicting beliefs. One must be overpowered.

There is a common belief amongst us all that features such as connectivity, speed, resolution, and battery life have inherent value when it comes to mobile phones.
However, amongst Apple supporters, there is another belief which is manufactured by Apple’s marketing.
The belief that there is value in the chic look, presumed status, and the way Apple’s technology makes one “feel” when others see them swishing and swiping away at their iPhone.
In iPhone evangelists, the manufactured belief overpowers the value-for-money one and the latter is traded off, much to the dismay of others.

Well, there are many answers to this, and the list could go on forever, but we will quickly touch on a couple of them here. Three of the most common reasons are Greed, Popularity, and Fear.
In the iPhone example, the primary reason is that the iPhone has become a status symbol amongst smart phones. It seems like the cool, hip thing to have. In fact, it’s kinda Yuppy-ish. And it does something pleasant for the soul of the iPhone Elite who insist on purchasing this phone, even if it’s not really the coolest technology in phones anymore.
All the same, Apple has done a wonderful job of making their technology exclusive by setting themselves apart with higher price-point and slightly inferior but moreÂ desirableÂ products.
This creates a divide between people. Another group is formed who share the sameÂ dissonance but choose instead the better features, less restrictions, and better price.
This second group of people allow Apple lovers to feel good about their purchase. Because the second group continue to want the iPhone even though they may say, “Hey, I can get a better phone for less.”

Why Healthy Skepticism is Good

Healthy skepticism is good because it’s always smart to find out all of the facts and make FACT BASED decisions for yourself, rather than to make emotional decisions which you might regret later on.
You should also be careful not to fall into the Robot-Syndrome of following a product or another person simply because they said you should follow them.
There’s an old saying that the only person who can’t change his or her mind is the person who hasn’t got one.
So don’t beat yourself up if you’re thinking of a time or two when you’ve fallen victim to cognitive dissonance. Instead, use it as a learning experience to better prepare yourself for the future.
And if you’re in denial about something that’s simply not working out for you the way you had hoped it would…
Well, don’t be afraid to change your mind. It’s not too late. 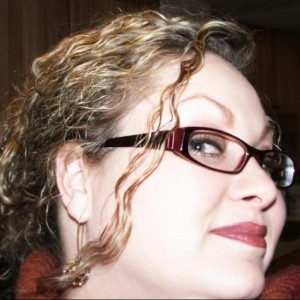 When It's Cool to FART in public

Heya, It’s pretty lonely… When you’re a full-time Home Business owner. Especially if you’re a loner, workaholic like me. Living on “the other side of

You and I have been buds a while… I mean, you get my newsletter every day. So for all intents and purposes, you know me

Let me riddle you this… Say you just built a SWEET landing page. You send traffic into it…and it converts at 5%. Just days later,

Lately I’ve been studying a true marketing genius: Barry Maher. Barry is a world class sales trainer whose clients include everyone from ABC, Capital Cities

Worried Your Campaign Will Bomb? Read This

One question i don’t get enough: How do i know if i’m on the right track in my business? Well, after years of doing online