Hype is hype. Facts are fact. In the month of July Visalus Sciences grew another 18%. That’s double

48,515 people Join Body By Vi in July. That’s on top of similar
numbers in prior months who have continued on the 90 Day Challenge,
completing 3 months and then re-upping for another Challenge and then
another!!

July 2011 saw 3428 people become new Directors, making an average
monthly income between $500 and $1000 per month. Imagine what just that
amount of money can for so many who are struggling in America today?

This is in what is classically known as one of the slowest months in the network marketing industry. Not at Visalus.

So what is this relatively new company doing differently? Why is it having these kind of results in a slow, almost depressed economy?

Visalus Sciences is in a unique position in that it’s three Co-Founders are all in their early thirties, yet the company is partially owned and funded by Blyth, Inc, which is a well established, wealthy company. Thus Visalus has cutting edge ideas in terms of marketing and the use of technology, while being funded by stable money and a company with top level highly experienced marketing and branding people.

Visalus Sciences has also solved one of the most common and frustrating problems of the network marketing industry. They truly offer a disappearing autoship, allowing every single customer and distributor to access their 3 for Free program. This is resulted in a very high retention rate for customers and distributors. No body quits or stops using a product if they product yields great results and is also F*ree!

The Body By Vi Challenge is Visalus’s brand and people are just loving it. The draw is $10 Million  in prizes for people entering the 90 day challenge with their before and after pictures and stories. In addition to that, the Vi Shape Nutritional Shake mix is a replacement product, not an addition product. Thus people use the Vi-Shake instead of a meal in most cases. This means money spent on Ham and Eggs is now spent on a Vi-Shake. Less money, fewer calories, lower cholesterol. Score a big bonus point!

Visalus is hitting the beginning of it’s momentum phase for many good reasons. This is company to watch closely in the home based business arena.

More information can be found by clicking this link now. 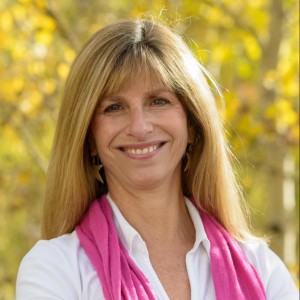 forget about the price-tag

Doing work you love doing and have a passion for isn’t really working. It is simply enjoying life while getting paid. When working in this way people will instantly see your passion for the work you do and they will want to buy or invest in you and your business.

The Danger of "free" Traffic to your business

Alright, I know everyone wants free traffic. And you know it hurts my ears to even hear “free traffic”. But why? We all love the

How To Make A Logo That Doesn't Suck

Carmen Electra for the Brain

Heya!- When I was a boy, people said my father pushed me too hard. But what the heck did they know? I loved it. Kids

Gurus lie. There I said it. And I don’t trust them. There’s only a few legitimate guys who “spit” truth. But their image is smeared

LOL! Yesterday, when I mentioned we’d put the Internet Business Academy on Clickbank so you guys can make money from reselling it if you want…

Join our newsletter below and I'll send you a 4-page action plan to organically start, build, and grow an internet-based information-selling business by systematically answering questions. Plus the 17-part Yaghi Way of Traffic Generation mini-series.

Type your email below to start...